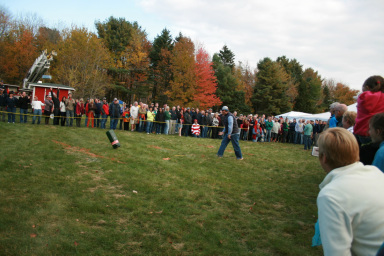 
Oktoberfest attracts more than 2000 people to MDI's Quietside for two days of activities, including shopping, eating, and sightseeing. Advertise with us to support the Chamber and local business by becoming a Sponsor.

With several contests planned for each day, you have a choice of what you would like to sponsor! The Beerless Pong was a hit last year and the Keg Toss is an annual favorite. The Best Brewer's Table brings out the brewers creative efforts. The People's Choice Award results are always eagerly awaited!

The Infusions Table, hosted by Tyler Johnson of the Liquor Locker, brings new taste sensations to the traditional brewfest concept. Your sponsorship will allow us to provide Tyler with the beers and infusing materials he wants to use.

Russell & Jeff will be the headline band, and Tim Lewis will be the premier band.  Show your appreciation by sponsoring the Oktoberfest musicians!

PLUS:
* A free banner designed with your logo, if signed up by September 1, 2017


For more information, contact the Chamber Office at 244-9264 or email office@acadiachamber.com